The problem: During winter, ice dams and huge icicles got formed on the roof of Mrs. Forget's house. A lack of insulation in the attic was the cause of this problem. Mrs. Forget had even re-insulated her attic a few years ago, but the same problem reappeared. The solution: - Install baffles, seal air leaks and blow just over 16" of cellulose We removed the fiberglass insulation that was in the attic to seal all air leaks (joints and holes) with expanded foam. Subsequently, we added deflectors to allow better ventilation of the attic. Finally, we blew a little more than 16'' of cellulose fibers to reach an R-60 value. 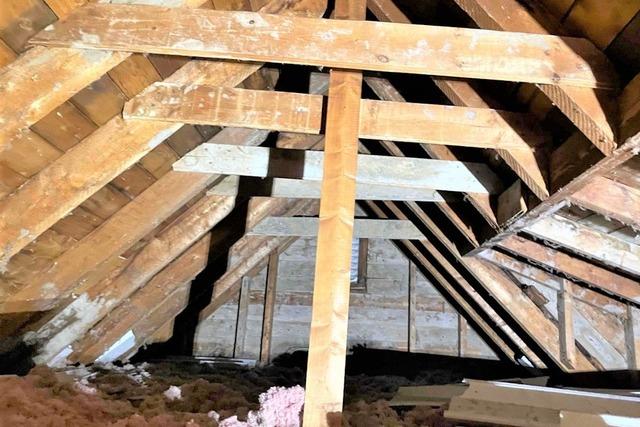 Overview of the attic before work

The attic was poorly insulated, and because of that, there were ice dams on the roof in the winter. 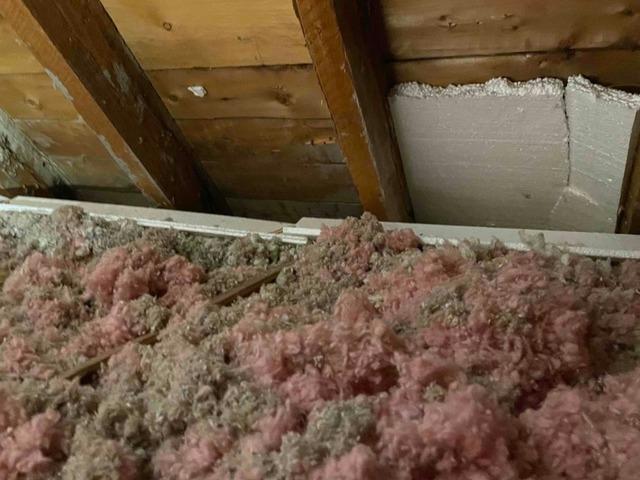 The deflectors present in the attic were broken. And, there were several missing. 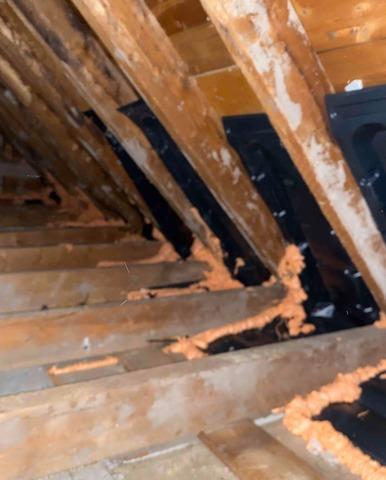 We replaced the old deflectors with new ones and added them where they were missing. Baffles allow ventilation through the soffit into the attic. 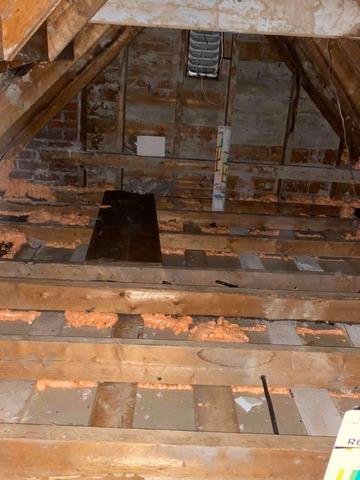 An important process when insulating the attic is to properly seal all air leaks. And to do this, we apply expanded foam. 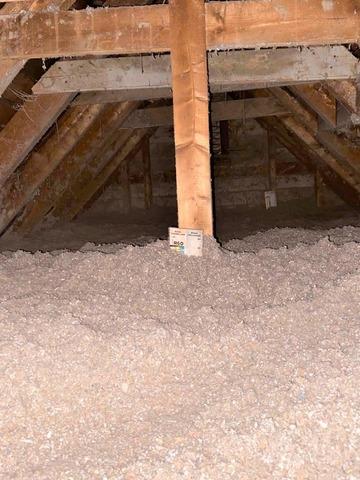 After the leaks were sealed, the baffles fitted, we blew just over 16” of cellulose fiber to get an R-60 value. To make a comparison, to reach an R-60 value (thermal resistance), it would be necessary to put at least 22 in. of fiberglass.

Back to Previous Page

We serve the following areas 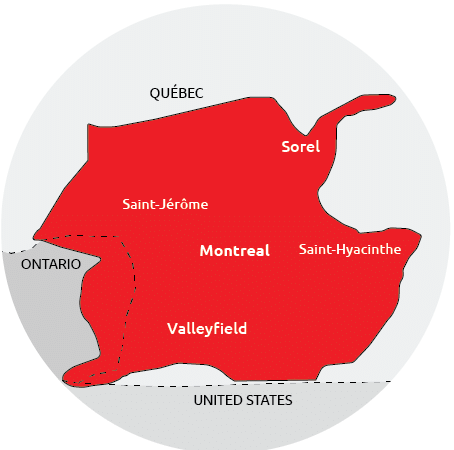